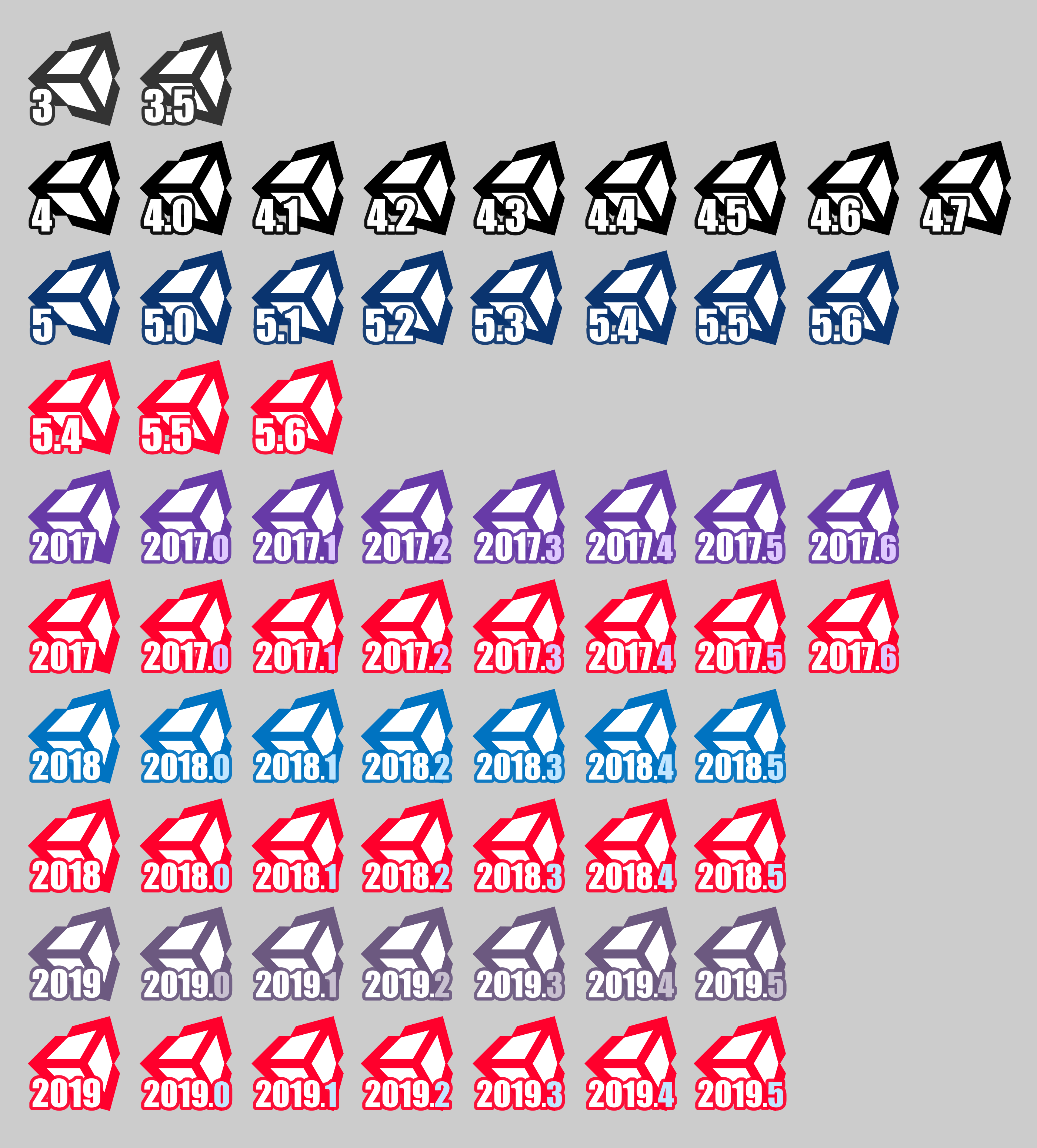 Since I’m a nerd and a Unity asset dev, I have tons of Unity installations (even if way less than Jean Fabre who is crazy). So here’s a ZIP with different icons (Windows .ico and OSX .icns) for each Unity major, minor and beta version. Red icons are the ones intended for betas.